Why Selecting Spermatozoa by Motility is the Most Natural Approach 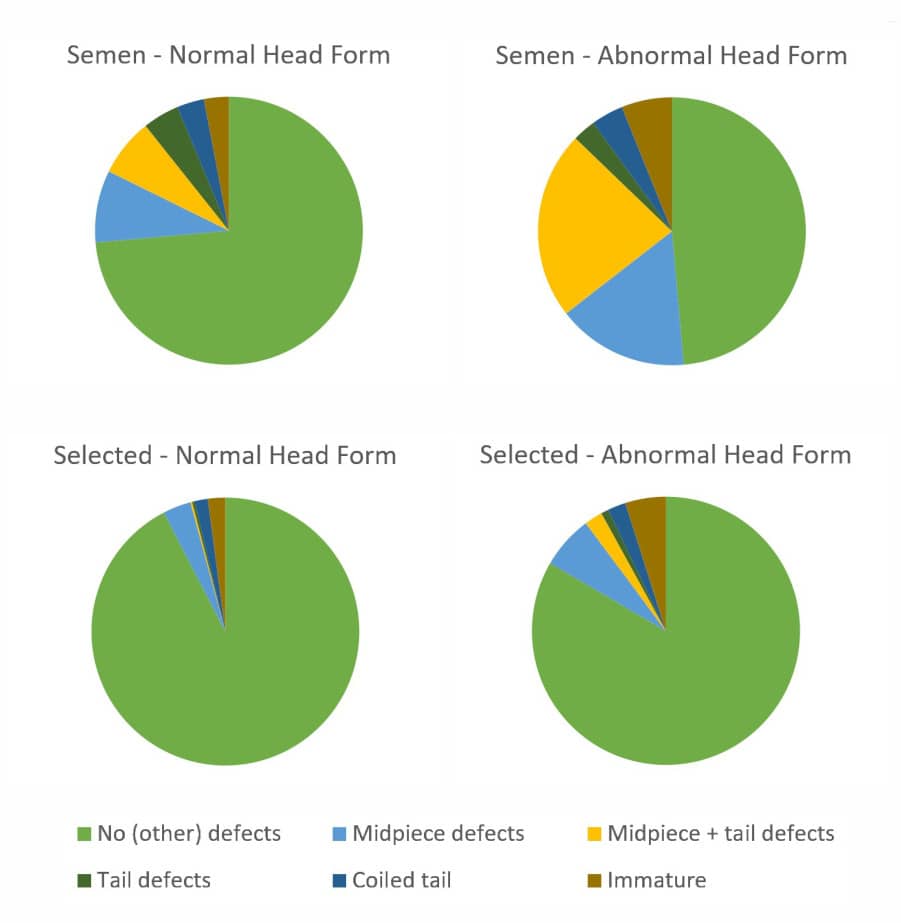 In order to achieve conception in vivo the first, and most fundamental, thing that spermatozoa have to do is migrate from the semen deposited around the external cervical os into cervical mucus.[1,2] Only these spermatozoa will be protected from the hostile environment of the vagina and have any chance of reaching the site of fertilization in the ampulla of the Fallopian tube - all other spermatozoa in the ejaculate are essentially biological junk. Our understanding of which spermatozoa might be able to achieve their biological purpose is based on research performed in the 1950s through 1980s, a short historical summary of which is provided below.

Clinical research by Jan Kremer, inventor of the test for sperm migration in cervical mucus in the mid-1960s, demonstrated that successful penetration into, and migration within, cervical mucus is dependent on sperm motility.[3] In 1980 David Katz expanded this work, quantifying the process of sperm-mucus penetration by calculating the "percentage of successful collisions" between motile spermatozoa in semen and the semen-mucus interface, using the concentration of progressively motile spermatozoa and their velocity.[4] Further work from research groups led by Pierre Jouannet (Paris), David Mortimer (Birmingham) and John Aitken (Edinburgh) illustrated that the amplitude of the proximal flagellar wave (nowadays quantified indirectly by CASA as ALH, the amplitude of lateral head displacement) is just as important a measure of sperm movement ("kinematics") as progression velocity.[5-7] Consequently, within a routine semen analysis the mucus penetration-capable spermatozoa are a subset of the "rapid" progressive spermatozoa, and the reason for the 6th edition of the WHO Lab Manual reverting to a 4-category motility assessment.[8]

A concomitant of sperm penetration into cervical mucus is the apparent selection for spermatozoa with ideal morphology (previously "normal forms"), which is the basis for the Tygerberg Strict Criteria for evaluating human sperm morphology.[9] The assessment of sperm morphology, and its relationship with sperm fertilizing ability, depends on the efficacy of spermiogenesis, the differentiation of the unremarkable round spermatid into the highly complex spermatozoon.[10] Research by David Mortimer in the late 1970s revealed that the morphological selection of human spermatozoa, seen during their penetration into cervical mucus both in vivo and in vitro, as well as during simple migration in vitro, was attributable to the higher prevalence of midpiece and/or tail defects in spermatozoa with atypical head morphology than in those with ideal head morphology (see the related pie chart diagrams).[11] Hence the cervix does not select the spermatozoa, but rather the spermatozoa effectively select themselves, as was first proposed by Jose Botella-Llusiá in 1956.[12]

Mortimer's further investigations of the morphology of human spermatozoa recovered from the uterine cavity and oviducts revealed very few abnormal spermatozoa in these higher reaches of the female reproductive tract, although some spermatozoa with abnormal head forms but no other obvious signs of abnormality did reach the uterus and oviducts.[11]

From all this work it is clear that in Nature the population of spermatozoa that might be able to fertilize oocytes in vivo is largely selected via their motility, knowledge that underpinned the use of "swim-up" sperm preparation for IUI and IVF in the early days rather than simple sperm washing.[13] With the realization that centrifuging whole semen led to the generation of damaging levels of reactive oxygen species that could adversely affect sperm function, and even sperm DNA, it became obvious that the direct swim-up of spermatozoa ("DSUS") from liquefied semen was by far the safest approach.[14,15] Density gradient centrifugation ("DGC") methods became more common from the mid-1980s due to their consistently higher yields of motile spermatozoa and shorter processing times, and they largely replaced DSUS in the vast majority of IVF labs. DGC-based sperm selection methods operate by selecting the most dense - and hence the most mature - spermatozoa, a very similar population to those spermatozoa selected on the basis of optimum motility.[13]

Most recently, with the advent of standardized sperm migration devices, as well as true microfluidics-based devices, to increase the yield of sperm selection via motility, along with the increasing risk of sub-optimal DGC techniques implemented in many IVF labs that do not focus on sperm physiology, there has been a resurgence in interest in selecting spermatozoa for use in assisted conception procedures using Nature's way of doing this in vivo: via their innate motility.